skip to main | skip to sidebar

It's true. JP Hoe's album Mannequin is my favorite album of 2012. And most of the people who came to the Hayloft last March to see his show would agree! So it's with alot of excitement that we welcome JP Hoe back this fall for another show!

Tuesday, Oct 2
Doors 7pm, Show at 7:30pm
401 27th Street W, Saskatoon
TICKETS $15. Buy them online here
Bring your own refreshments and (if you choose) an appetizer to share! 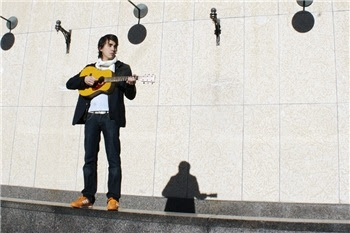 "I defy anyone to see JP Hoe in concert and not become an immediate and steadfast fan. He is the real deal - talented, charming, charismatic - he writes songs that stick in your head as much for the enduring melodies as for his thoughtful lyrics - from witty pop songs to achingly evocative ballads - JP just never disappoints." - Heather Moore, Producer, National Arts Centre Prairie Scene

Who is JP Hoe? Ask the 2.500 people who after seeing him open for Jann Arden on her Uncover Me Tour, rushed the merch booth to buy his EP, The Live Beta Project. Ask the hundreds of Winnipeggers who turn out for his tongue and cheek theme gigs, like the perennially sold out JP HOE HOE HOE Holiday Show.

Music legend Seymour Stein thinks JP would be huge in Southeast Asia, and was bang on the money when JP played 2 festivals in Australia last October. A Western Canadian Music Awards jury thought his full-length debut, The Dear John Letters, was one of the top pop recordings and songwriting efforts of 2008. This is a songwriter who gets people talking.

They talk, for instance, about his sound. It’s hard to pin down. The melodies are always fluid, the lyrics clear-eyed. And of course, there’s always JP’s voice, a classic instrument that rasps with weight beyond his years. The beginning of 2012 will see JP release his fifth effort ‘Mannequin’, “tight, focused & confident” are the words JP uses to describe the album completed this past September.
Posted by Carrie Catherine at 8:57 AM 1 comment:

MATT EPP was one of the first performers to grace the stage at the Hayloft, and he's been far and away since then. We're very honored to have Matt back, with a couple new albums and many miles under his belt. You'll fall in love with this wandering minstrel for sure.

Sunday, October 28
Doors 7pm, Show at 7:30pm
401 27th Street W, Saskatoon
TICKETS $15. Buy them online!
Bring your own refreshments and (if you choose) an appetizer to share! 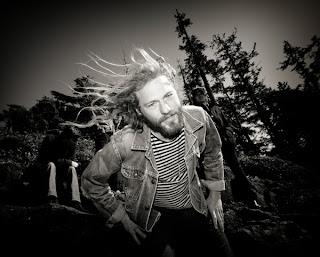 "Matt Epp is simply one of the best of a generation of fine songwriters emerging in this country over the last decade or so and carrying forward the torch of Canadian songwriting that goes back to Tyson, Lightfoot, Mitchell, Young, Cohen and Cockburn. It’s what we’re really good at."
Posted by Carrie Catherine at 11:00 AM No comments:

SEE OUR PAST CONCERTS BELOW!

Juno award-winner Ray Bonneville is a Canadian born, Austin based singer, songwriter, guitarist and harmonica player, who is known for his “loose, darkly funky vibe” (All Music Guide).

RAY BONNEVILLE His Red House release Goin’ By Feel was named one of the best CD’s of 2008 by DownBeat Magazine and featured the Americana hit “I Am the Big Easy,” which was #1 most played song on folk radio that year and won the Folk Alliance Award for Song of the Year. Ray is a unique player and has performed with such blues luminaries as B.B. King, Muddy Waters, and Robert Cray. He has quickly become a fixture in the Americana scene since moving to Texas, becoming one of the go-to session players for artists like Ray Wylie Hubbard, Mary Gauthier and Eliza Gilkyson. 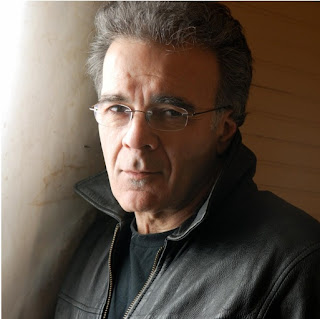 OPENING SET BY JODY GIESBRECHT
Tuesday, August 7
Doors 7:00, Show at 7:30pm
401 27th Street West
Bring your own refreshments and an appetizer to share (if you choose)!
Tickets $27 at www.picatic.com


Posted by Carrie Catherine at 1:36 PM No comments:

"If Patsy Cline and Blossom Dearie had a love child she would sing like Belle Plaine. Belle’s voice is old timey and jazzy. It has twang, crystal bells and swing. You listen to this voice, and all of a sudden your cheatin’ heart has a very dry martini in hand, and you’re hearing something both timeless and brand new" (Kelley Jo Burke, CBC Radio's SoundXchange). For this show, Belle will be accompanied by Jeremy Sauer on piano and Elizabeth Curry on bass. 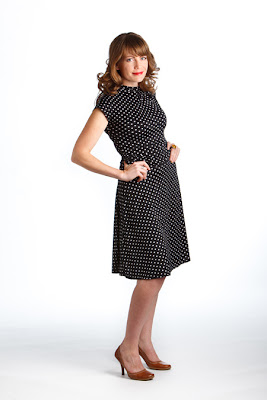 TRIO SHOW!
Saturday, February 4
Doors 7:30, Show at 8:00pm
401 27th Street West
Bring your own refreshments and an appetizer to share (if you choose)!
Tickets $15 at www.picatic.com
Posted by Carrie Catherine at 7:43 AM 2 comments:

The Hayloft presents its first theatrical production! Ducks on the Moon is Kelley Jo Burke's dramatic "stand-updocumentary" covering the first five years in her "evolving" relationship with her autistic son. This raw, often humourous and 99% true journey, written by an award-winning playwright, will provoke and inspire audiences. 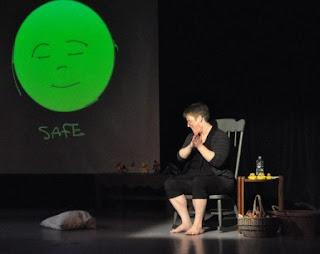 Tuesday, November 15
Doors 7:00, Show at 7:30pm
401 27th Street West
Bring your own refreshments and an appetizer to share (if you choose)!
Tickets $20 at www.picatic.com
SPECIAL GUEST PETER KATZ will also perform a few songs during the evening, including one inspired by Kelley Jo's play. It promises to be an unforgettable evening!


Kelley Jo Burke is a Regina-based award-winning playwright, performer, director, storyteller, documentarian, broadcaster, and mother of three. Her plays have been produced and published in Canada, and around the world, including: Ducks on the Moon (Hagios), The Selkie Wife (Scirocco), Jane’s Thumb (Signature), and Charming and Rose: True Love (Blizzard). She dramaturges, directs and produces for stage and radio and is the host/producer of CBC Saskatchewan’s radio arts performance hour SoundXchange. She was 2009 winner of the Saskatchewan Lieutenant-Governor’s Award for Leadership in the Arts, the 2009 City of Regina Writing Award, and the 2008 Saskatoon and Area Theatre Award for Playwriting.
Posted by Carrie Catherine at 10:00 AM No comments:

We missed our annual show at the Hayloft last spring, so we're announcing a show to launch the Ontario leg of my Baby on Board tour. Joined by my very groovy rhythmatist, Hal Schrenk, we will present some new songs and a handful of surprises. Instrumentation includes a hockey puck, shovel, and tiny, tiny drums!!

Copper Moon wine is our sponsor for the celebration, so your ticket includes wine! Details below! 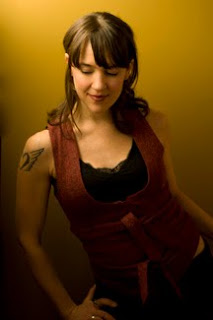 Thursday, September 22
Doors 7:00, Show at 7:30pm
401 27th Street West
Ticket includes wine by COPPER MOON! Advance tix at www.picatic.com
(If you prefer other refreshment, please bring your own!)
If you like, you're welcome to bring an appetizer to share.
Posted by Carrie Catherine at 3:09 PM No comments: